The final day in Stage 1 turned out to be a busy one with lots of visitors.
Leaving Tete Jaune Cache up Yellowhead Highway 5 to the intersection with 16 a light snow began to fall; just my luck; I was hoping for a dry 106k ride in to Jasper.

As I was descending the Terry Fox viewpoint hill I was passed by Jake Derksen who quickly turned around and pulled of in front of me, Jake refilled my water and ran along side me shouting encouragement as I began climbing the next hill. The snow fall increased and became wetter and as I got closer to the Robson Flats another vehicle pull off in front of me; this time it was Michael from the Three Ranges Brewing Company in Valemount, Michael was hoping I would have stopped in the day before to try out their ‘Angry Beaver’ IPA, but since I didn’t he tracked me down and handed me a growler, a glass and toque from Three Ranges; thank you Michael,(I will return).

Not long after yet another vehicle pulled over and this time it was Jasper Log Builder Travis Anderson who offered me a big smile, a handshake and cash donation, thanks Travis. 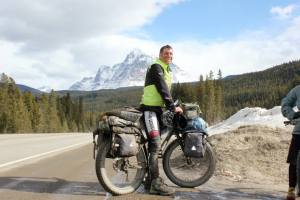 Next vehicle to pull over was a mini van full of Derksens and Fat bike, Jake and Julie and the girls had driven back from Valemout to take turns riding in with me on their Pugsly. Jake first for few wet miles then Julie took over and would not give the fatty back in fact she rode all the way from Red Pass into Jasper with me, I had a hard time keeping up to her but I am sure she shaved one hour off my arrival time, lol

Arriving at the Park Gate the rain was letting up and in the distance the sky was blue and inviting us back to Jasper. the gate attendant greeted us with welcome back posters and a smile and a handshake. Closer to town Bob Covey from The Jasper Local News joined in on his almost Fat bike the Mayor Ireland on his Kona Wo Fatty then shortly we were surrounded by Fire Trucks, Police and Bylaw cars and an Ambulance for the last couple of blocks into the Jasper Brew Pub for a steak dinner and a couple of IPA, and lots of socializing etc. Thanks everyone!

Then it was off to home for a hot bath and my own bed (nice)
One week of office to work and to stay in road shape: ride the bike that go’s nowhere, then Saturday morning I set off for Hinton and a Fundraiser BBQ Scheduled for 4:00 on onward east on Highway 16 to Winnipeg. 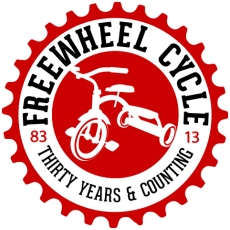 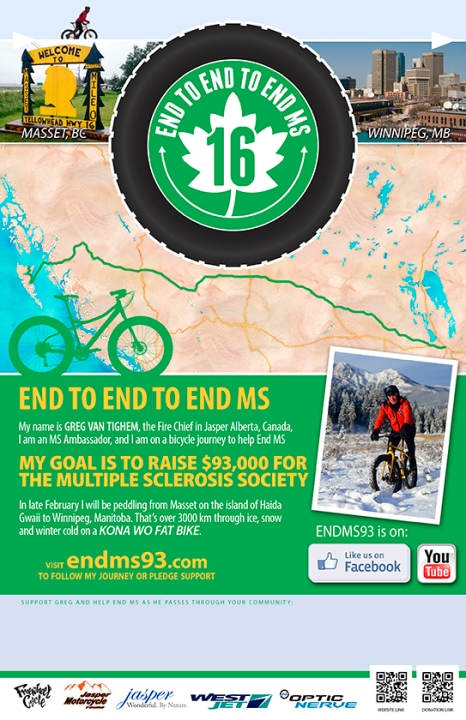